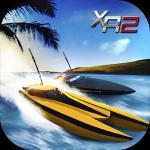 Battle on the water in Speedboats.io! This multiplayer abcya game lets you compete in splashy warfare. You can zoom around small mountains and towering lighthouses during the hectic action. Arm your boat with new guns to deal more damage!

Speed. Cunning. Destruction. speedboats.io is a 3D arena shooter featuring lightning-fast boats with upgradable turrets. Burn your opponents to ribbons with the laser, blow them apart with the grenade launcher, or outmaneuver them and cause them to crash.

The controls are simple: use WASD or the arrow keys to move. Aim and shoot with the mouse.

Power-ups drop randomly when you destroy your enemies, so be aggressive and establish dominance early.

100 points are awarded for kills, with 25 bonus points for each consecutive kill in a streak. 50 points are deducted for crashing, being blown up by your opponents, or otherwise meeting your doom. Destroy your rivals and cheat death to move to the top of the rankings.

Power-ups are king, and killing other players is the only way to get them.

Laser: Lightning-fast shot speed and long range make this the perfect weapon for frying your enemies from a distance.
Grenade Launcher: Grenades are slow, but they have the highest damage of any weapon in the abcyay game. A skilled player can catch several opponents within the blast radius at once.
Machine Gun: Greatly increased shot speed. A few seconds of concentrated fire will vanquish any foe, but watch out for the recoil.
Explode-o-laser: Like the laser, but with a boom at the end.
Shrapnel Gun: Shoots a shell that explodes into pieces. The more pieces hit the target, the greater the damage.
Spread Gun: Fires bullets in an arc, similar to a shotgun.
Double Shot: Twin cannons.
Homing Shot: Heat-seeking projectiles.

Each power-up only lasts 30 seconds or until you die, so hit hard and hit fast! But be careful - crashing into objects will damage your boat.

How to play: Use WASD or arrows to control your boat, mouse to aim and shoot.